Home » Blog » Airbags can sometimes do more harm than good

Airbags can sometimes do more harm than good 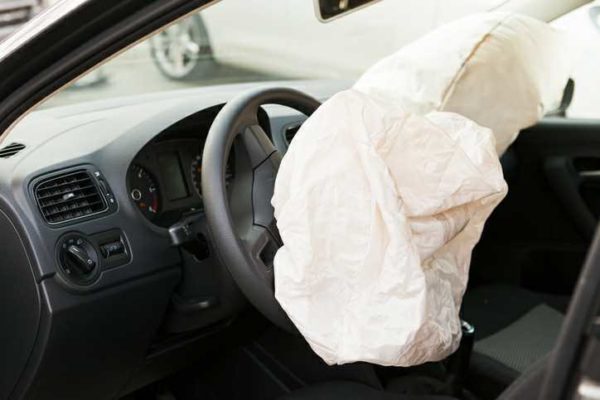 Airbags are activated when a vehicle’s sensors detect rapid deceleration. The nylon-and-rubber devices inflate in about 30-40 milliseconds, then deflate within 2 seconds. In the overwhelming majority of accidents, they are credited with protecting a vehicle’s passengers from serious injuries. Sometimes, airbags can be dangerous.

According to wtnh.com, Connecticut will receive more than $2.36 million in a Honda airbag safety settlement, which involves 48 states. The settlement is over safety concerns regarding the Honda airbag systems. The carmaker reportedly hid safety issues linked to defects in the frontal airbag systems, which were installed in some Honda and Acura cars sold in the United States.

According to the attorneys general of the 48 states involved, the frontal airbags in some Honda models were at a high risk of rupturing and potentially projecting metal fragments into the passenger compartments. At least 14 deaths and more than 200 injuries have occurred in the U.S. because of this defect. The defect in an estimated 223,578 cars in Connecticut were repaired.

Honda has recalled roughly 12.4 million Honda and Acura vehicles suspected of having this defect since 2008. However, the 48 attorney generals involved in the settlement assert that Honda didn't act in the best interest or safety of its consumers. Honda was found to be in violation of the Connecticut Unfair Trade Practices Act, as well as several other state consumer protection laws.

Anyone who owns a Honda or Acura is encouraged to check Honda's recall website for potential recalls. Consumers can also call Honda's toll-free customer service number at (888) 234-2138.

Airbags also can cause harm, according to a study published in MedScape. Possible injuries include:

The same chemicals that allow airbags to deploy also pose risks. The gases produced by airbags mix to create sodium hydroxide, a toxic irritant. In addition to burns, the chemicals can lead to or worsen respiratory problems, especially for people with asthma.

The airbags themselves can cause injuries simply by striking a person with sudden force. They are a greater danger, potentially fatal, to small children and elderly people with osteoporosis.

Contact an experienced Fairfield County attorney if you were injured

Injuries caused by airbags are a confusing issue because, after all, the devices are designed to prevent major injuries and save lives. Some people may think a few burns, broken bones, and lacerations are a small price to pay for escaping an accident with your life, and that you should be thankful. These same people, of course, are not trying to recover from your injuries, pay your medical bills, and do not suffer from the emotional and mental trauma of your accident.

You may be out of work and unable to support your family. No car manufacturer is going to admit their airbags are responsible for your injuries. At best, an insurance company might approach you with a lowball financial settlement offer because they know, in fairness, you deserve a lot more. An experienced Fairfield County car accident attorney at Vishno Law Firm can help you get the compensation you deserve. Contact us online to schedule your free legal consultation.