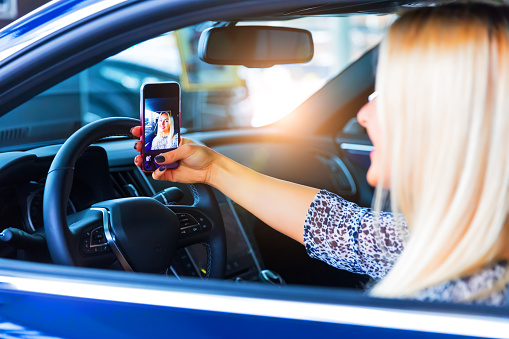 One of the core reasons drivers get distracted and engage in other risky driving behavior is because of the confidence in their ability to do so.

"People have a tendency to overrate their skills and abilities in just general driving. But also we see that it extends to their ability to control and coordinate distracting tasks, as well," according to a video released by the Liberty Mutual Research Institute for Safety.

The video also stated that:

Infotainment systems give a false sense of safety

There is a catch-22 about built-in vehicle technology designed to prevent drivers from using their cellphones — it's just as distracting. That's according to a recent Multi-National Distracted Driving Study conducted by Liberty Mutual Insurance.

Technology publication Digital Trends reached out to Mike Sample, the company's Safe Driving Expert, to gain some insight on the study findings.

First off, the idea that built-in infotainment technology can curb distracted driving is a myth. This technology comes built into just about every new vehicle on the market — with many luxury vehicles coming fully-loaded with a slew of features. Many of these built-in features include eye-level apps that you would normally find on a smartphone.

Using this technology can be dangerous for two reasons, according to Sample:

Distracted driving is no longer considered a taboo behavior

According to Sample, distracted driving is no longer considered taboo behavior. The study breaks down distracted driving habits of three generations in the United States and Western Europe: millennials, Gen Xers, and baby boomers.

When compared to drivers in Western Europe, U.S. drivers were found to engage more in risky behavior. The U.S. participants admitted to engaging in:

Among the three different generations, millennials were found to be the most distracted by technology — primarily by browsing the internet or using social media. Boomers, on the other hand, are more likely to notice risky behavior in other drivers.

General distraction across all generations often involves multitasking and usually occurs when drivers are running late. Other risky behaviors associated with lateness include speeding, running red lights, and rolling through stop signs.

If you or a loved one was involved in a crash with a distracted driver, it's critical that you discuss your matter with an experienced Fairfield County car accident attorney. Vishno Law Firm fights on behalf of motorists injured in crashes caused by driver negligence. We can launch a thorough investigation into your crash, investigate the police report, interview witnesses, and devise a legal strategy to help maximize your compensation.