Home » Blog » A Connecticut Highway Tragedy on I-84

A Connecticut Highway Tragedy on I-84

A 22-year-old Hartford woman died on Oct. 25 when she was struck and killed by a large truck after her car broke down on Interstate 84 in Newtown, according to Connecticut State Police. The victim had exited her disabled Mercury Sedan that had been eastbound and was standing in the left lane, “attempting to flag down passing vehicles,” when she and her car were hit by a Mack Truck on a curve near Exit 13 about 3:30 a.m. She ultimately succumbed to her injuries at St. Mary's Hospital in Waterbury. 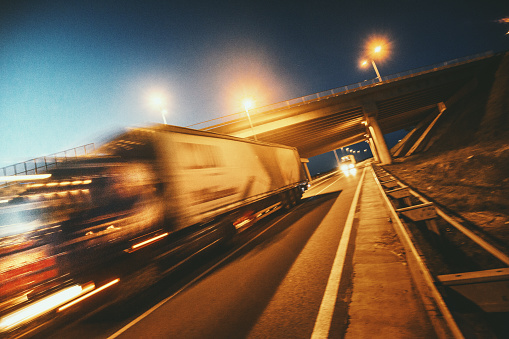 Sadly, the woman who died joined the hundreds of people who are killed in similar disabled vehicle accidents every year in the United States, according to a study by the Insurance Institute for Highway Safety (IIHS). The study also found thousands of people are injured annually in such accidents. Some of the numbers, for each year from 2016 to 2018 are:

The biggest issue, the analysis found, is visibility. In the case of the Connecticut crash, for example, the fatal accident occurred in the middle of the night near a curve.

“This study identifies a part of the road safety equation that doesn’t get much attention, despite the size of the problem,” says David Zuby, IIHS executive vice president and chief research officer.

Waiting for a high-tech solution

Traffic safety experts say many disabled vehicle crashes could be prevented with vehicle-to-vehicle communication, which would allow vehicles to wirelessly exchange information about their speed, location, and direction. Such technology, unfortunately, is years away from common use. In the meantime, less sophisticated solutions include:

Research is one of the keys to disabled vehicle safety. Unfortunately, the Federal Highway Administration has not reported on the topic since 2010, long before many modern safety technologies were available or even on the drawing board.

A car accident lawyer can help you after a bad crash

If you were injured in a car accident that wasn't your fault or a loved one died in a crash caused by someone else, you deserve justice and financial compensation for your losses. The problem is insurance companies are financially motivated to pay crash victims as little as possible.

An insurance adjuster may purposefully delay, dispute, or reject your claim. Other times, they may make you a lowball settlement offer that doesn't come close to covering the true cost of the accident. That's why you need an experienced car accident attorney on your side to protect your best interests.

At the Vishno Law Firm, attorney Jeremy Vishno has been fighting for the rights of accident victims in Fairfield County and throughout Connecticut for years. Our law firm understands what it takes to build a strong case, and we won't let the insurance company push you around.

To see how we can help with your potential legal case, contact us today for a free and confidential consultation.