Connecticut ranks 2nd in the nation for drunk driving deaths 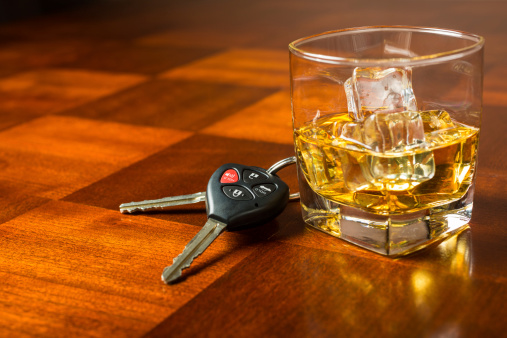 With the popularity of rideshare services such as Uber and Lyft, people who consume alcohol have more transportation options at their fingertips than ever. Despite this, some people still choose to drive after having too much to drink.

According to a report released by Safe Smart Living, the District of Columbia has the highest rate of drunk driving fatalities in the nation. This is based on 2017 crash data from the National Highway Traffic Safety Administration (NHTSA), as well as local data.

Connecticut trails closely behind in second place. Roughly 43 percent of all statewide traffic fatalities are linked to drunk driving. That's well above the national ratio of 33 percent.

The holidays are particularly problematic in Connecticut. Many drunk drivers go under the radar. For example, state police responded to 740 crashes between December 20-30 last year. More than 2,000 citations were issued for speeding and hazardous driving, but only 59 drunk driving arrests were made. About a third of those arrests involved repeat offenders.

Connecticut's spike in drunk driving doesn't only occur during the December holiday season. With Saint Patrick's Day less than a month away, drivers must be extra vigilant when sharing the road with drunk drivers.

According to federal crash statistics:

Alcohol may also be a factor on these upcoming holidays, according to ValuePenguin:

What do I do if I was hit by a drunk driver?

Drunk drivers rarely ever acknowledge the consequences of their actions. They get behind the wheel, confident that they won't get caught or cause a crash. The delayed reaction time, poor judgment, and reduced coordination brought on by alcohol consumption significantly increases the risk of a crash.

That's why Vishno Law Firm in Fairfield County fights to hold drunk drivers accountable when their actions cause someone's injury or death. Contact us online to discuss your legal options if you were hit by a drunk driver. We offer free consultations and will not ask for money unless we win your case.