Home » Blog » Why are claims involving intersection accidents so complex?

Why are claims involving intersection accidents so complex? 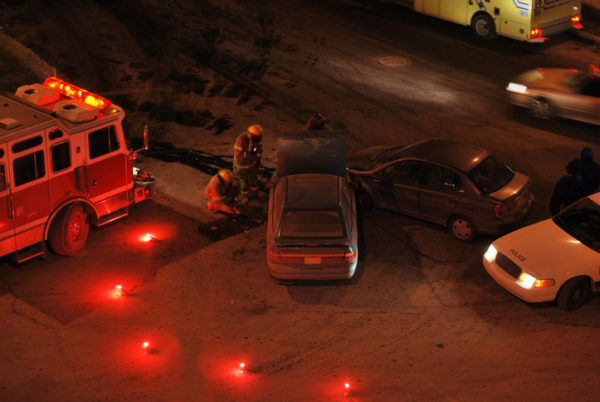 You’re driving and about to approach an intersection. You’ve got a green light and continue on your way when without warning you're T-boned by another driver as you enter the intersection.

Situations like this happen a lot more than you might expect and describe one of the most common types of car accidents: intersection crashes. Car accidents at three-way and four-way road junctions happen every day in Connecticut and across the nation. According to the Federal Highway Administration, more than half of all the accidents that involve fatalities or serious injury occur at intersections.

While they are common, intersection accidents often result in complex insurance claims. That’s because it can be difficult to determine fault without the right evidence. One driver might say they had a green light. The other driver might find a witness who says the light was yellow and about to turn red. In another example, the driver of a car that gets hit in an intersection might argue they did nothing wrong, but police might determine they were speeding.

What are the main types of intersection crashes?

Here are a few of the most common types of collisions at intersections:

When it comes to car accidents, Connecticut follows a modified comparative negligence system. If you want to recover compensation from the other driver, you can't be found to be more than 50% at fault for your crash. Let's say a jury finds you were 20% at fault for an accident because you were speeding. That means any compensation you're eligible to receive will be reduced proportionately by that same percentage of fault. For instance, if you're awarded $10,000 in damages but found to be 20% responsible for the crash, the most you'll be able to recover is $8,000. If it's determined you were 51% or more at fault, you would be barred from making a financial recovery from anyone else involved in the accident. As such, it's critical that you don't get blamed for something you didn't do. Fortunately, an attorney can help you do just that.

Having an experienced lawyer on your side can make all the difference in your claim if you were injured in an intersection accident considering these types of crashes are often highly contested. Don't let the insurance company for the other driver try to pin the blame on you. Protect your rights and contact attorney Jeremy Vishno, a highly skilled car accident lawyer who has more than 25 years of legal experience and understands how to handle complex cases. Your consultation is free, and you pay nothing unless you win. Call today.