Home » Blog » More Urban Than Rural Fatal Crashes in CT—and Now the US, Too

More Urban Than Rural Fatal Crashes in CT—and Now the US, Too

In the U.S., fatal traffic accidents have typically occurred more often on rural roads than on city streets. But this is no longer the case. 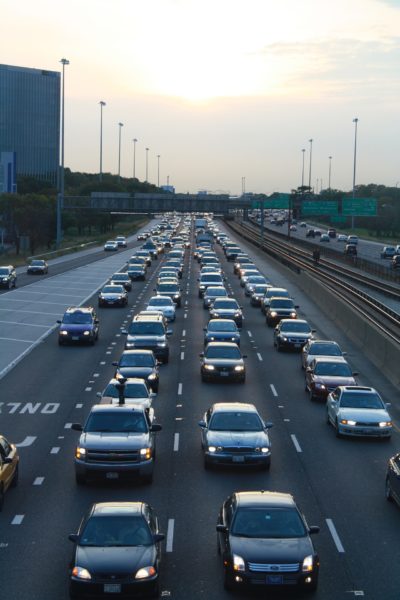 A new AAA study says that nationwide, from 2015-2019, the number of fatal traffic accidents on urban streets shot up by 34 percent. Meanwhile, traffic deaths dropped by 10 percent on rural roads. Many factors are pushing this trend, including more people moving from rural communities into cities and an uptick in speeding since the pandemic.

And in 2020, there were 46 fatal traffic accidents on rural roads and 248 deaths on urban. Among these deaths are 57 fatal Fairfield County accidents - 53 urban and 4 rural.

Here in Connecticut, the surviving families of fatal car accidents deserve justice and compensation. But they often have to fight for it. We can help.

If a loved one died in a Fairfield County car accident, you probably have a lot of questions about what to do next. Get answers that you can trust. Contact Vishno Law Firm for a free, no-obligation case consultation.

The disparity between rural and urban traffic deaths in Connecticut is likely due to how heavily traveled the state's highways are compared to its backroads. About 85 percent of all miles traveled in Connecticut are on urban roadways. The national average is 68 percent.

Fairfield County, in particular, has few rural roads. They are primarily located in Redding, Easton, and Sherman.

Although more fatal accidents happen on urban roads here, rural crashes are deadlier. In 2020, the rate of fatal accidents on urban streets was 0.92 per 100 million vehicles miles traveled. The rate on rural streets was 1.57. Recent fatal and serious car accidents in rural Fairfield County communities include:

CT rural roads: 'Worst in the nation' but getting better

The state's rural roads are dangerous, but the situation used to be worse. Connecticut has significantly stepped up its commitment to improving rural streets.

Then in 2017, another report came out that Connecticut had the second most deficient rural roads in the U.S. At the time, about 40 percent of CT rural roads were considered to be in "poor" condition.

Spurred by these reports, in October, CT announced a plan to renovate rural roadways called the Transportation Rural Improvement Program or TRIP.

Through TRIP, rural Councils of Government organizations (COGs) can apply for competitive roadway improvement grants. Over three years, about $15 million in grants will be awarded to communities. To qualify, at least half of a community's population must live in a rural area.

The funds are targeted toward making "small" and "medium" street improvements like bridge repairs and adding pedestrian crosswalks. Eligible projects include things like improving:

Talk to a car accident attorney if you've been injured

Fatal car accidents are devastating. Typically, the surviving loved ones of deadly crash victims deserve justice and compensation for their great loss and anguish and can pursue results through the civil justice system.

Vishno Law Firm has been fighting for the rights of fatal crash victims and their families since the 1990s. We know how to build strong cases for maximum compensation and provide the support grieving families need.

Get the law firm that gets results. Contact us and schedule a free case evaluation with a Fairfield County car accident attorney committed to winning your case. Make an appointment at one of our two offices conveniently located in Fairfield and New Haven, Connecticut.