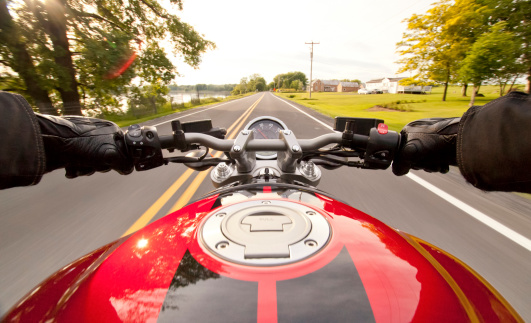 A motorcycle accident in Bridgeport, Connecticut involving another vehicle recently resulted in the death of the motorcyclist, according to the Connecticut Post. The fatal crash took place on a recent Sunday afternoon near the intersection of Stratford Avenue and East Main Street.

The incident remains under investigation by the Bridgeport Police Accident Reconstruction Team. The Connecticut Post reported that the motorcycle and another vehicle collided, causing “severe injuries” to the motorcyclist, which ultimately resulted in the rider’s death.

Tragically, fatal motorcycle wrecks like this happen far too often in Connecticut and throughout the U.S.

Motorcycle accidents happen for many different reasons. Often, it’s because another driver did something negligent or reckless on the road which resulted in a collision. Last year, the biggest reason why motorcycle accident fatalities increased in Connecticut was due to speeding, according to Ride Connecticut.

“The rise is mostly attributable to the increase in speed during the height of the COVID lockdown. Traffic volumes were way down, but the vehicles that were on the roads were going very fast,” Nick Just, who oversees the Connecticut Department of Transportation’s Rider Education Program, wrote in an email to Ride Connecticut. “Crashes were way down during that period as well, but crash severity was way up. It appears anecdotally that motorcyclist deaths were up due to excessive speeding and single-vehicle road departures.”

Other common reasons drivers crash into motorcycles include:

You don't need to know the exact reason why the at-fault driver hit you while you were riding your motorcycle, but you should know that injured bikers have recourse through the civil justice system. And one of the best ways to get a clear understanding of your legal rights and options is to seek help from a motorcycle accident lawyer.

You might think you don’t need an attorney if another driver clearly caused your motorcycle accident. Unfortunately, way too many victims get blamed for crashes when they're not at fault. That’s because some people and insurance companies, due in large part to unfair biases, automatically point the finger at motorcycle riders when they're involved in a crash. They mistakenly believe that all motorcyclists are reckless thrill-seekers who put other people’s lives at risk.

At Vishno Law Firm, we know the truth. We know that most motorcyclists follow the rules of the road, and it's actually other drivers who statistically cause the most motorcycle accidents. That’s why we want to meet with you right away and listen to what happened. Our dedicated legal team has years of experience handling complex legal cases throughout Connecticut, and we know how to fight for the compensation you deserve.

Discover what we can do for you and contact us today for a free case evaluation with a Connecticut motorcycle accident lawyer who won't let you get pushed around by an insurance company. Our offices are conveniently located in Fairfield and New Haven, Connecticut.