Neglect of the 'Move Over' Law Causes Another Roadside Tragedy 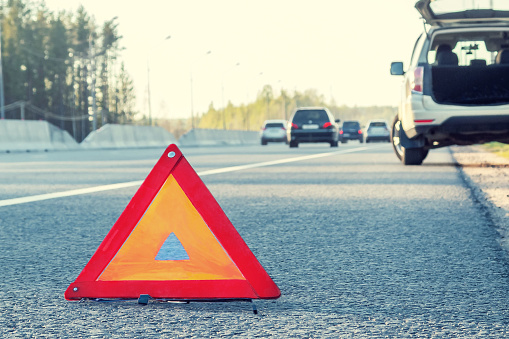 The results of a car accident between two vehicles are bad enough, but when a car hits a pedestrian, the outcome can be even worse — and worse still at highway speeds. Drivers can lose control, shift in their lanes when they're not paying attention, and hit bystanders on the side of the road.

Recently in Connecticut, there was another roadside death, the second in three years. The tragic accident involved a tow truck driver who was on the side of the road attending to a disabled vehicle. Now, tow truck drivers are calling upon motorists in the state to respect the 'Move Over' law and prevent any more deaths from happening.

Christopher Russell, 38, was the tow driver who was recently hit and killed by a driver in North Haven, according to the Hartford Courant. He was stopped helping a stranded motorist and is the second tow driver in the state to be killed on the side of the road in the past three years.

A little more than two years ago, it was Corey Iodice, 58, who was a victim of a roadside accident. Also, a tow driver, Iodice was loading a disabled car onto his flatbed when he was hit by a car along the Merritt Parkway. State police reported the car was driving anywhere between 76 and 90 miles per hour.

This is why drivers must abide by the 'Move Over' law, so no other tow truck drivers are killed while simply doing their job. A veteran driver Joe Weeks begs the public, "When you see yellow lights, slow down and move over. We have families too."

What is the Move Over Law?

The Move Over Law was put into place to protect drivers of tow trucks, emergency vehicles, and other designated vehicles. The law requires drivers to slow down and 'Move Over' if they see a designated vehicle stopped on the travel lane, breakdown lane, or shoulder of a highway. Drivers should slow down below the speed limit and be cautious as they approach the stopped vehicle. The law was adopted in Connecticut in 2009.

Many tow drivers say they have been hit by mirrors of cars speeding by and that if the car was any closer, they would've been hit and possibly killed. What follows are some statistics about tow drivers and roadside accidents:

When drivers fail to follow the Move Over Law, it puts others at risk of severe injury or death.

Drivers who fail to follow the 'Move Over' law need to be held accountable for their reckless behavior. That's why you should talk to an experienced car accident attorney if you've been injured in a roadside crash. You need to act fast to protect your rights, and if you're not careful, you could miss out on the compensation you need and deserve to recover.

At the Vishno Law Firm, we've been helping clients in Fairfield County for over 25 years. We would be honored to talk to you about your potential legal case. Contact us today to schedule a free consultation.