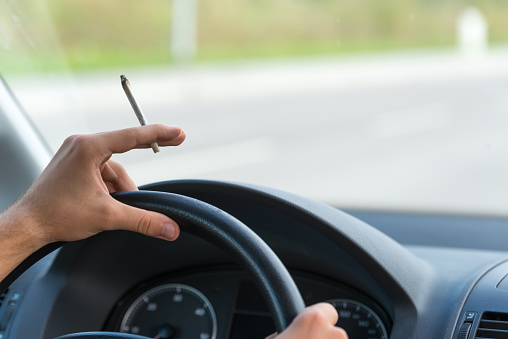 With more and more states legalizing cannabis for medicinal and recreational use, the number of car accidents caused by drivers under the influence of marijuana is on the rise.

In a recent article from Safety and Health magazine, it was reported that the percentage of cannabis-related crash fatalities grew from 9% in 2000 to 21.5% in 2018. The report also revealed that drivers impaired by cannabis were 50% more likely to also have alcohol in their system.

Researchers from the Boston Medical Center, Boston University, and the University of Victoria suggest that as states relax their cannabis laws, it is more common to see impaired drivers under the influence of both cannabis and alcohol.

Cannabis increases the likelihood of alcohol use in crashes involving a fatality. According to a Boston Medical Center press release, more than 40% of U.S roadway deaths involve alcohol, while 30% involve blood alcohol content above the legal limit for driving.

The effects of cannabis on drivers

Driving under the influence of marijuana alters the user's consciousness. According to an article by ScienceDirect, cannabis impacts a person's:

In AAA's Traffic and Safety Culture Index, about 70% of respondents consider driving shortly after using cannabis to be very dangerous, while 88.3% consider using impairing prescription drugs to be very dangerous. More than 84% of participants that were surveyed support laws making it illegal to drive with a certain amount of cannabis in a driver's system.

Researchers from Boston University state that when a user has cannabis in their system, it is hard to distinguish the time frame when they might have consumed it. Individuals can test positive for cannabis even when the last time they consumed it was weeks ago. It also doesn't help that the testing for cannabis can be unreliable.

In a PubMed Central (PMC) article derived from the U.S. National Institutes of Health's National Library of Medicine (NIH/NLM), studies and laboratory tests show that cannabis can impair several driving-related skills. The effects of driving under the influence of marijuana vary between individuals more than those who drive under the influence of alcohol since there are different ways to consume cannabis. Mixing cannabis with alcohol will result in more impairment than if either drug was used alone, according to researchers.

Reckless drivers need to be held accountable. Vishno can help.

If you or a loved one was injured in an accident caused by an impaired driver, you deserve justice and financial compensation for your losses. The problem is, insurance companies have a financial incentive to pay you as little money as possible, and if you're not careful, you could end up losing out on the compensation you need and deserve.

At Vishno Law Firm, attorney Jeremy Vishno has been fighting for accident victims in Fairfield County and throughout Connecticut for over 25 years. He will treat you with fairness and respect, and he will give your case the personal attention it deserves.

See what our law firm can do for you. Contact us today for a free consultation.