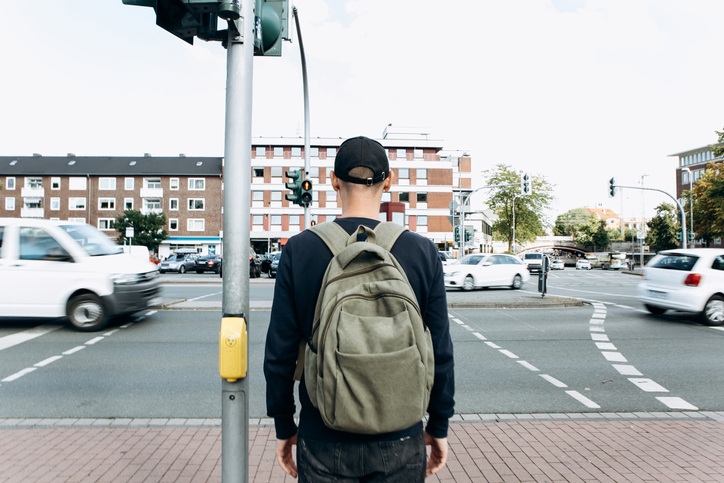 A head-on collision at a busy southern Connecticut intersection recently sent two people to the hospital and put a spotlight on other dangerous crossroads in the state.

The crash happened on June 24 at around 10:30 p.m. in the area of the Padanaram Road and Jeanette Street intersection in Danbury. It involved two sedans, an Audi and a Suzuki.

One of the vehicles crossed over the double yellow lines into oncoming traffic, causing the crash. Both drivers were transported to Danbury Hospital for treatment of the serious injuries they suffered in the accident.

Danbury Police continue to investigate the intersection crash, which is just one of the many motor vehicle collisions that occur at Connecticut crossings every year.

Intersections are among the most common places where bad car accidents occur. Nationwide, about 25% of all fatal car crashes and 50% of traffic accidents causing injury occur at intersections, according to the Federal Highway Administration.

It's always good to be alert when driving through an intersection, but in southern Connecticut and Fairfield County, some intersections are more prone to crashes than others. Thanks to the University of Connecticut's project to track and analyze car, truck, and motorcycle accidents across the state, car accident hotspots can be identified. UConn's "Connecticut Crash Data Repository" data goes back to 2016.

According to interactive UConn maps, the following are some of the most crash-prone intersections in southern Connecticut.

In New Haven, risky intersections include:

In Danbury, dangerous crossroads include:

Other serious crash hotspots in the region include:

More and more attention is being paid to the high number of accidents at Connecticut intersections. Many recent projects to improve safety have gotten underway or received funding. In New Haven, for example, Valley Street recently won a $2 million grant for safety improvements including raised intersections. The city is also engaged in the "Intersection to Connecticut" project, which seeks to redesign the Chapel Street bridge and nearby intersection.

Danbury recently approved a $150,000 study for safety upgrades to intersections in the White Street and Newtown Road corridor. The state began a project to upgrade Newtown Road several years ago, as well. The city is applying for around $13.4 million in federal funds for intersection improvements in Brookfield, Danbury, Newtown, Ridgefield, and Southbury. Among the projects is a proposal for $3.3 million to improve intersections near Danbury High School and Route 39.

Among the traditional ways to improve intersection safety are:

The majority of intersection accidents happen at unsignaled cross-sections, which means there are no stop or yield signs and no traffic lights. Nationwide in 2018, the most recent information available, there were about 10,000 fatal car accidents at intersections; more than 6,700 of the intersections had no signage or traffic light, federal data says.

Among the most common causes of intersection accidents are driver inattention and error. Contributing crash factors may include driving while impaired, distracted driving, drowsy driving, and certain medical conditions.

If you or a loved one was injured in a car accident at an intersection due to negligence in the Fairfield County region, you can learn more about how the law applies to your case for free. Call, email, or chat online with our law firm to schedule a free case review with no obligations. A member of our legal team will listen to the details of your accident and injuries and then explain, in plain English, your legal options.

Vishno Law Firm has the knowledge and experience to thoroughly investigate your case and aggressively pursue the maximum amount of compensation for your claim.

Our law firm offers legal representation to clients on contingency, which means there is no retainer or hourly rate for you to pay when you hire us. Our fee is covered by the insurance companies and calculated into your final settlement or verdict. In other words, we only get paid if we win.

Contact us to schedule a free case review at one of our offices in New Haven or Fairfield right now to see how we can help you.