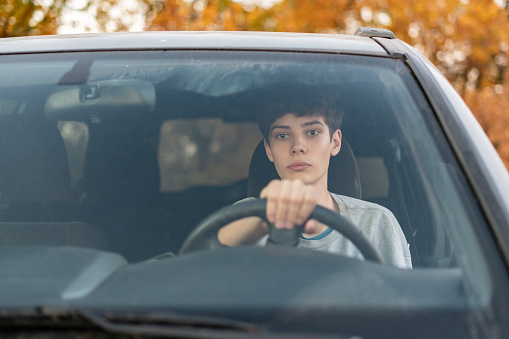 When it comes to driving, speed kills — especially if you're a teen.

That's according to a new study from the Governors Highway Safety Association and Ford Motor Company Fund, which sheds light on the problem and explains how teen drivers and passengers are at higher risk of being involved in a fatal car accident due to speeding.

Here's what drivers in Connecticut need to know.

Teens need to slow down to stay safe

The faster you drive, the more likely you will be involved in a crash that causes severe injury or death. Make no mistake about it: speeding increases your odds of getting into a car accident because it lessens your reaction time, increases your braking distance, and puts you at risk of losing control of your vehicle.

Despite the known dangers, thousands of teen drivers in the United States are killed every year in crashes due to speeding. That's just one reason why the GHSA and Ford Motor Company Fund want to highlight the role speeding plays in fatal teen driver crashes.

Key takeaways from the report, which analyzed crash data from 2015 to 2019, include:

How parents can keep their teen drivers safe

Parents can have a big influence on teen driving habits and often play a critical role in placing restrictions on when, where, and with whom the teen can drive. It's been shown that parents who actively discuss their teen's driving behaviors can make a difference.

Here are some actions parents can take to keep their teen drivers safe:

Find out how a teen car accident lawyer can help you

Whether you were injured in an accident caused by a speeding teenage driver, you're the parent of a teen passenger who sustained injuries in a crash while riding with a peer, or your teen was hurt in a crash as a result of another driver's negligence, you have recourse under Connecticut law to seek financial compensation for damages.

The problem is the insurance company for the at-fault driver isn't concerned with paying you the money you're entitled to, but rather how they can get rid of you as quickly and cheaply as possible. Common tactics insurance adjusters use to accomplish this include questioning the severity of your injuries, tricking you into admitting partial or complete fault in a recorded statement, purposefully delaying your claim, misrepresenting your coverage and/or your legal rights, and assuring you that you don't need to hire an attorney.

At Vishno Law Firm in Fairfield County, we know the games insurance companies play and how to deal with them. We've won millions of dollars for our clients through settlements and verdicts and take pride in fighting for every dollar our clients deserve.

See what an experienced Fairfield County car accident attorney can do for your claim and contact us right now to arrange a free consultation.