Truck Accident Risks Rising Due to Increased Opioid Use Among Truckers 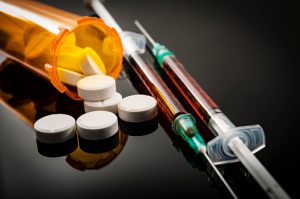 Opioid use is a major cause of concern for public health experts throughout the United States. It is also a concern for the trucking industry, as opioid use among commercial truck drivers could significantly increase the chances of a motor vehicle collision occurring.

If a truck accident occurs while a truck driver is on opioid medication, victims of the collision could pursue a claim against the trucker if they can prove the driver's impairment caused a truck accident to occur.

Victims could also make a claim against the trucking company employing the driver, in most cases. Trucking companies want to do everything possible to keep truckers on drugs from getting behind the wheel, both to prevent accidents and to avoid the liability those collisions can bring.

Trucks.com indicates some motor carriers are asking the Federal Motor Carrier Safety Administration (FMCSA) for a change in the laws so the companies can better stop truckers from driving while on drugs. The trucking companies are trying to get approval to use hair tests to determine if a trucker has been using drugs. Those advocating to make this change believe the hair tests will more accurately identify drug use than the urine tests which FMCSA currently commands be used for testing drivers for drugs.

Better drug testing is necessary in light of the crisis occurring with opioid use. Health and Human Services (HHS) reported recently on the troubling statistics showing how bad the opioid epidemic has become. According to HHS, there were more overdose fatalities in 2014 (the most recent year with available data) as compared with any time since records of overdose deaths have been kept. A full 60 percent of the overdose fatalities can be attributed to opioids.

Things have likely gotten even worse in the past two years since the 2014 data was collected. Each day in the U.S., an average of 580 people start using heroin and 3,900 people start using opioids for non-medicinal use. All of these individuals who begin using drugs take the risk that they could overdose.

If a trucker starts using opioids, he not only endangers his own life, but also the lives of every motorist who happens to be on the road. A trucker who is impaired by opioids cannot safely operate his truck, which may weigh as much as 80,000 pounds, and could cause a devastating and often fatal truck collision to occur. If this happens, victims must know their rights so they can fight for fair compensation.

The risk of truckers using drugs and alcohol is not a new concern, as Reuters reported in 2013 on one study showing 20 percent of truckers used marijuana and on other research suggesting 12.5 percent of truckers tested positive for alcohol.  Whenever a trucker is on any substance impacting his ability to drive in a safe way, this can have devastating consequences for road safety. Hopefully, FMCSA will be responsive to the requests of the trucking companies who want better drug testing protocols to be put in place to prevent this type of tragedy from occurring.