Home » Blog » Who is Responsible for a Fairfield County Bus Accident?

Who is Responsible for a Fairfield County Bus Accident? 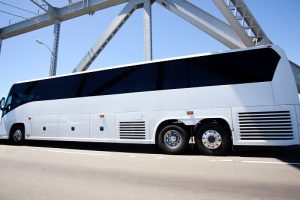 A single bus accident can cause millions of dollars in property damage and injuries. When such a large, heavy vehicle causes such extensive damages to many passengers, it can be difficult for injury victims to secure adequate compensation for the full extent of their injuries. Many commercial bus companies carry the minimum amount of legally required insurance coverage. This does not always leave enough funds to compensate all victims of a serious bus crash. When victims are at risk of insufficient insurance coverage for compensation of their injuries, a Fairfield County bus accident attorney can help them explore all options to protect their legal rights.

Who is Legally Responsible for a Tour Bus Accident?

Depending on the circumstances surrounding a bus accident, there can be many different companies or individuals responsible for causing the crash. The New York Times reports on a bus tour out of New York City. When the bus rolled after speeding onto a Delaware highway on-ramp, three passengers were killed, and dozens were seriously injured. The bus was insured for $5 million - the minimum amount required by law. While this may appear to be a sufficient amount, a judge ultimately determined that more than 40 injured passengers’ claims totaled $9.6 million. The judge was therefore only able to award 54 percent of each claim. While the company that organized the bus tour became involved in the litigation, the Plaintiffs' attorneys reported that the company had very few assets and little ability to pay claims. The company which owned the bus had sold its remaining three buses and gone out of business. It, too, had no further assets beyond the legally required insurance policy.

This case demonstrates how many defendants can be legally responsible for causing a bus accident. The driver (who ultimately was convicted on three counts of operating a vehicle causing death), the tour company which employed him, and the company which owned the bus were all legally responsible for causing the bus accident. Unfortunately, the sources of compensation were severely limited, even with so many defendants. The injured passengers and the estates of the deceased passengers received only pennies on the dollar for the extensive financial losses they incurred as a result of the driver’s negligence.

Who is Legally Responsible for a Public Transit Bus Accident?

Here in Connecticut, a Greenwich bus accident presented questions of liability where a public transit bus is concerned. NBC Connecticut reports that the bus rear-ended a van stopped at a red light. Ten passengers were sent to local hospitals with minor injuries. In many rear-end accidents, the rear position driver is found to be negligent as a result of failing to control his or her speed in order to avoid a collision. This makes it probable that the transit bus driver was legally responsible for causing this accident. In such a situation, the company which owns the bus can be obligated to compensate injured passengers, as can the company (or municipality) which employed the negligent bus driver.

In bus accidents, the legal claims process can be complicated by the increased number of both plaintiffs and defendants. A Fairfield County bus accident attorney can help victims understand and protect their legal rights after a bus accident.